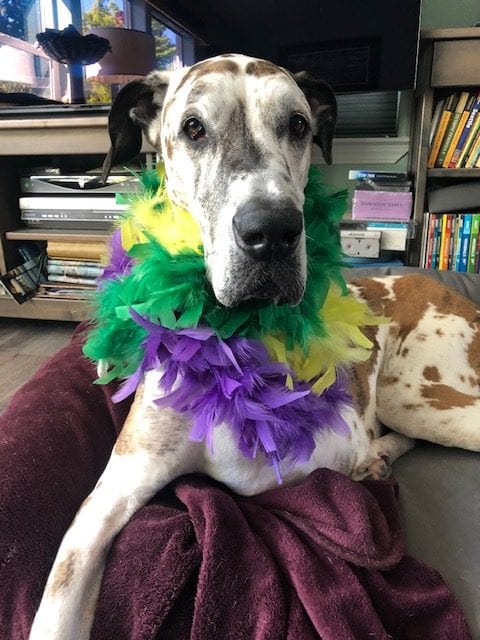 Hello!  After a few danes of “scanxiety” We received awesome results today.  Jessee’s scans were CLEAR!  We now will complete the sixth chemo treatment on Sunday.  Then in about two weeks will begin the final three week protocol with the immunotherapy vaccine from her cancer cells.  What a huge relief today way!  Jessee continues to eat really well, moves really well.  She does get tired but that’s 105 lbs hopping around on 3 gorgeous legs!  And she is 8.5 years young.  She is doing so well and we are just loving every single day we have with our tripawd diva!

Jessee sends her hellos and licks and wags

Se just got back from a little airstream roadtrip to Oregon.  First night was at the Columbia River where she enjoyed some fresh air! 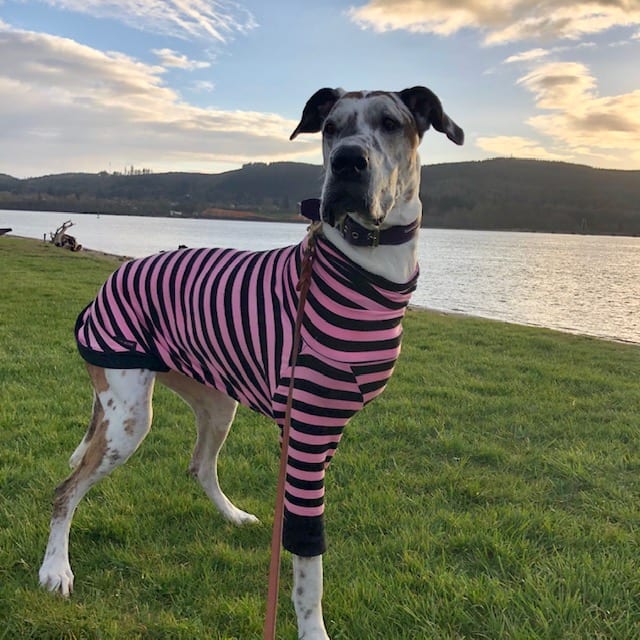 Second night we headed down to Yachats, Oregon on the beach.  Our rehab vet Dr Finn did not think Jessee would do real well  walking in the sand as she does get tired.  So we walked along the paths and back and forth to the grass area.  She smelled the ocean and watched the people 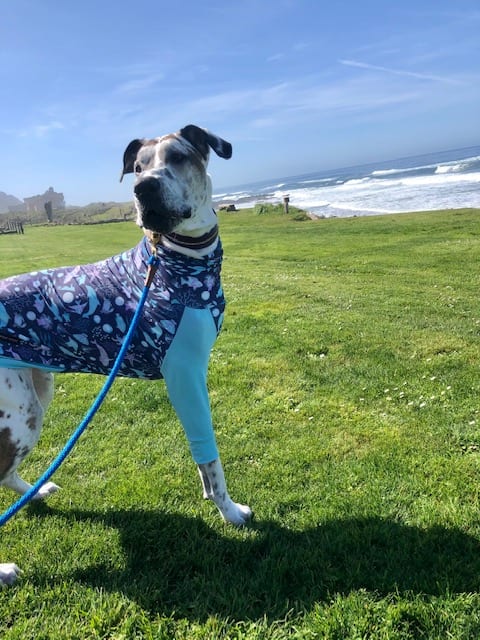 But on day three we had a pit bull that decided to make a run at her.  Dogs are not allowed off leash but this guy pulled away from the lady.  Jessee’s dad stepped in between them and the pit went after a different dog.  But needless to say we were concerned and really didn’t feel safe after that.  Jessee was also tiring out and not wanting to hop into the truck (tow vehicle) even with the ramp.  I think it’s just a bit awkward for her and we will revamp.  So she took one final sniff 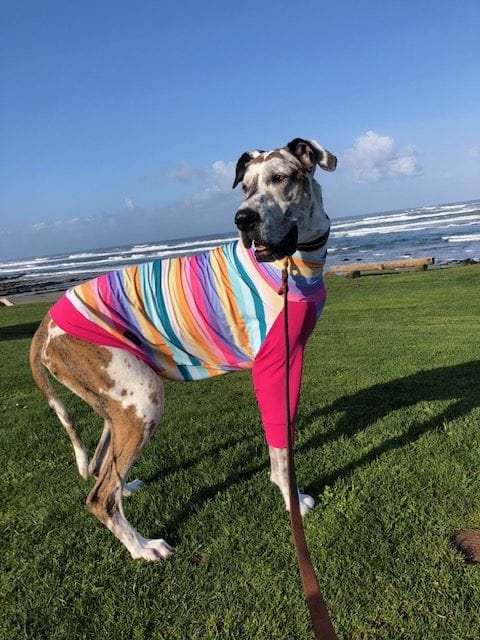 and we headed home 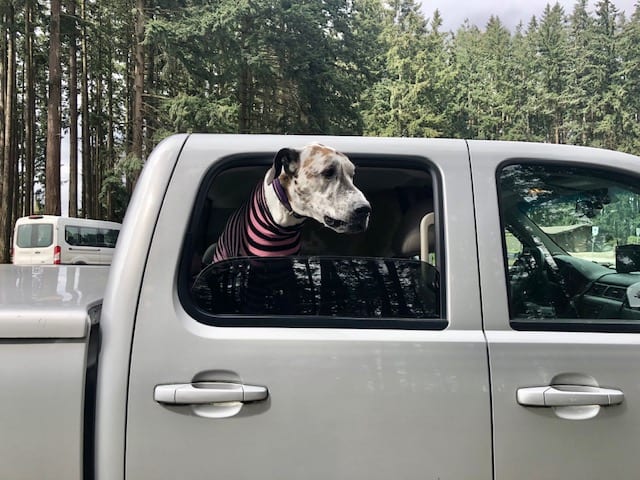 A few days after returning home Jessee had her fifth chemo treatment.  She did very well.  Dr Rizzo has reduced her treatment dose slightly and is trying a new anti nausea medication.  Worked pretty darn well and by the next day (Monday) Jessee was feeling good again.  One treatment to go.  In two weeks we do scans (FINGERS CROSSED)

It was a nice little get away with the two danes and two sphynx, also a bit of an adventure.  Next post, new revision to orthodic to assist her diva walk!